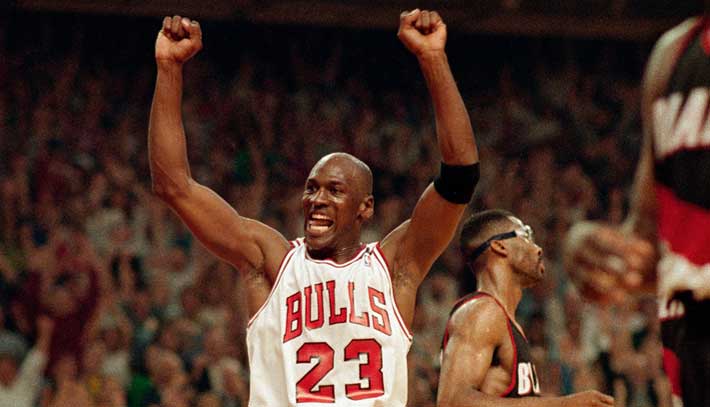 A goat is a ruminant animal that has been domesticated. People raise these animals for meat, milk, and as pets. A goat has a reputation for being stubborn, and for eating things they really should not.

A G.O.A.T. in the NBA and in other sports is not a stubborn animal, but is the “Greatest of All Time”. When you play sports, you want to be called a G.O.A.T., but that was not always the case.

In the 1900’s the term G.O.A.T., when applied to a player, was an insult. When a player did something that caused their team to lose the game people would call them a goat.

In the 3rd edition of The Dickson Baseball Dictionary that was published in the October 10, 1909 issue of the St. Louis Post-Dispatch, you will find one of the earliest uses of the word GOAT to describe a sports player.

The article is speaking of the World Series game, and of the Catcher, Charles Schmidt. In the first half of the game Schmidt had made some mistakes, and fans thought he was the best player for the other team.

Greatest of All Time

The acronym G.O.A.T. was used to describe the best player on a team, or in the sports history was possibly first used in 1992. The wife of Muhammad Ali, Lonnie Ali, wanted to license her husband’s intellectual properties and she named the collection, G.O.A.T. Inc.

Magic Johnson is quoted as having called Kobe Bryant a goat in March of 2003. Magic was not referring to Kobe as the greatest player of all time, he was referring to a player that made a mistake and stopped their team from winning.

What Magic actually said was “Bryan has no fear about whether he is the goat of the game or not.”

Wilt Chamberlain was a great player, and saying he was overrated was just the opinion of one writer.

Michael Jordan is thought of by his fans, and by other NBA players as the greatest basketball player of all time. Jordan led the Chicago Bulls to six winning championship games. During the games Jordan set records, and the next game he would break his own record with astonishing achievements.Jordan was an inspiration to many young athletes.

Kids wanted to be like him, and they worked hard on their basketball skills in their attempts to emulate him. Even other NBA players were motivated and inspired by Michael Jordan.

Justin Taylor once posted on a Twitter feed that his motivation for the way he played was the ghost who had played in Chicago. Taylor said that he was chasing that ghost. The ghost in reference was Michael Jordan.

What it Means to be a GOAT

Being called the greatest of all time by fans and peers is an honor. The players who are labeled as a GOAT are gifted in the sport they play. They help their teams achieve victories and win championships. But they are not a GOAT just because they are good in their sport.

Greatest
Of
All
Time

To be the greatest of all time a player has to have character. They have to live their life and play the game in an honorable and inspiring way. They have to be a role model for kids and other players.

When a player earns the status of being a GOAT in the NBA, or in any other sport, people should automatically think of their name when the sport is mentioned. They cannot simply be the player who helped win the championship one year. They must be the player that is a winner in life, is humble about their success, and is ready to share their tips, talents, and time with others.

When you play a sport, you must strive to play fairly, win by skill and diligence, and be someone that others can admire. Sports stars are often looked upon as heroes by young people. A true hero is someone who lives their life in such a way that it is a roadmap for others.