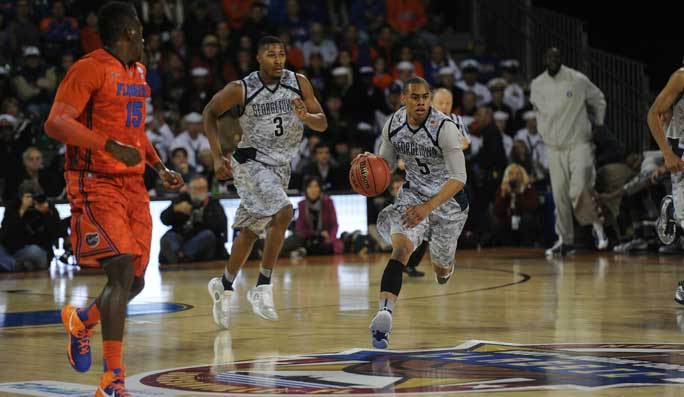 The game of basketball is in play in almost every place. Be it at office, school, or college – this sport is popular and makes for a heavy session of working out! While the average length of a basketball game comprises four quarters, lasting for 10 minutes each, this time varies according to places and situations.

For example, there is a variation in the match’s length while playing in the National Basketball Association (NBA), college, high school, National Collegiate Athletic Association (NCAA), etc. In addition, the overtime duration is useful where there is a draw, all varying in different levels. Listed below are some durations each different level takes while playing a basketball game.

Length of a College Basketball Game

Length of an NCAA Basketball Game

Length of An NBA Basketball Game

Length of a professional basketball game

Playing basketball or any other sport takes a lot of strength, energy and even mental analysis. This workout takes a toll on the body and demands some time-out. In basketball, the basis of time-out depends on different rules according to the leagues in play. This makes the duration of the game longer.

For an NBA basketball game, the rules of time-outs are different. Here, only the players can call for a time-out, with each team having six full time-outs and one 20 second time-out.

It can happen that the leading team tries to stall the game, preventing the opponent team from making shots. To prevent these kinds of scenarios and to speed up the game, a shot clock comes into play.

Simply put, a shot clock is the allotted period the player has to shoot the ball. In case there is a change in possession of the ball or the ball strikes the rim of the basket, the shot clock starts over.

The time for shot clock varies from level to level. For example, for an NCAA basketball game, the time is 35 seconds and 24 seconds for NBA.

For a basketball enthusiast, keeping track of the different lengths of the game is vital for enjoying the match. And in basketball, there is no tie. Therefore, it is essential to attend the right game without having to leave the match mid-way!