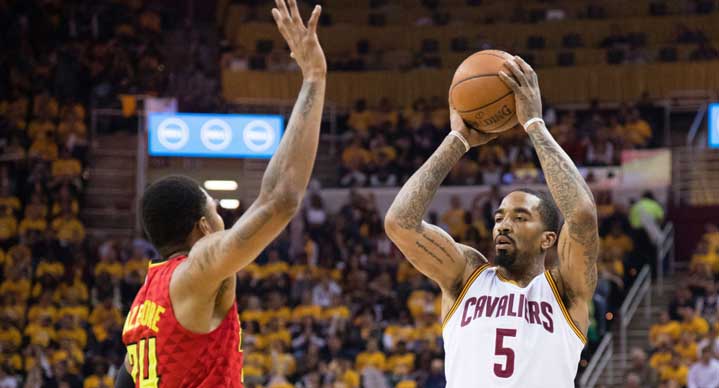 For educational purposes we will take a long look at the field goal in basketball.

What is a field goal in basketball (FG)?

Why is the Play Called a Field Goal?

The term field goal is used because the playing area that basketball players use is called a court, and in the world of sports terminology it is also the “field of play”. Meaning it is the area where the game is being played.

Some people say that in old documentations concerning basketball the word field was used to describe the playing area, and that is why the term field goal is used today in reference to hoops shot during general play.

How Many Points Is a Field Goal Worth in Basketball?

The field goal is scored according to the position the player was in when they took the shot. Some field goals are worth 2 points and some of them are worth 3 points each.

If the player is inside the or on the 3 point line when they make their shot then the field goal is worth a total of 2 points.

If the player is outside the 3 point line the field goal is worth 3 points.

The 3 point line is situated 22 feet from the center of the basketball rim in NBA and professional games. This line also extends 16’ 9” from the baseline.

In college basketball the 3 point line is an arc that is 20’ 9” from the center of the hoop.

In high school basketball the 3 point arc is positioned 19’ 9” from the center of the hoop.

The rule of thumb for measuring the field goal percentage is: the number of attempts a player makes in a game divided by the actual number of goals that scored points.

When you read field goal statistics you need to realize that a player who has a 68% field goal ratio sounds incredible, but the statistics do not generally tell you where those field goals were shot from. The more difficult shots are those attempted outside of the 3 point line.

If you really want to understand a players’ ability and their true field goal percentage then you need to find out where the majority of their shots are taken from.

For instance: in the area that is close to the basket the person with the current best percentage of field goals is Dante Cunningham who plays for the Grizzlies. Dante has a percentage of 74 out of 126 attempts. The majority of field goals in NBA games, 55.4%, are made from this position on the court.

Other players with high percentages of field goals in the area close to the basket include:

One of the most powerful midrange shooters is Rajon Rondo. Rondo holds a 56% from this area, and the next best is Ty Lawson with a 53%.

In the 3 point shooting section of the court the players take 34.8% of their field goal shots. These are valuable shots that increase the game points quickly.

Some of the best 3 point field goal makers are:

Coaches look at field goal percentage ratios when they are considering how effective a player might be. Currently in the NBA the field goal average for teams is 49.66%. The Miami Heat has a higher than average field goal ration, their ratio is 55.24%. The next highest team ratio is held by the San Antonio Spurs with a 53.06%.

Very few basketball players will consistently make half of the shots they take. This does occur, but it is not the truth of the majority of players. The truth is closer to a 47% range.

You also have to take into consideration the position that the player plays. Guards generally have the lowest field goal percentages, and centers and forwards have the highest percentages.

To understand the percentages and ratios according to a players’ statistics you must look at:

The following players all hold effective field goal percentages that are above average.

Field goal percentages and field goal attempts are good ways for coaches to try and determine which player is going to be the best addition to their team.

These field goal percentages are good ways for most fans, coaches, and sports announcers to determine which teams are the most likely to win championships, or win games.

Field goal percentages are important pieces of data, but they should be considered along with other data like free throw ability, the number of fouls a player makes per game, the speed of the player, and the other qualities that make a player excellent at the game.