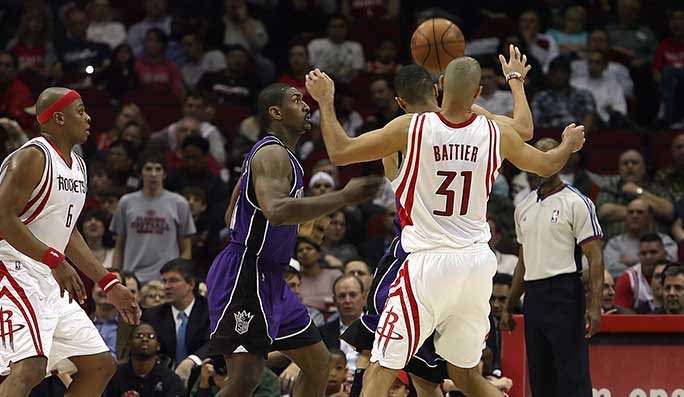 Like in every other sport, basketball also has different fouls- and then there is the technical foul. A technical foul is a punishment for conduct or violation by a team member which is unsportsmanlike. This foul is given to a member, whether in the court or on the bench. Even coaches are subject to technical fouls when the need arises. Read below to know more about how a player or coach can commit a technical foul.

Assessing a Technical Foul in NBA

A basketball game official can levy a technical foul on a player or coach for a lot of reasons as each one is responsible for their deeds, whether on or off the basketball court. An unsportsmanlike blunder is the main reason for a technical foul.

The position of a coach needs to be in the middle of the 28 feet hash mark and boundary surrounding the mid-court line. This is according to the NBA rules. In case the coach does not return to the side of the bench of the 28 feet mark after relaying necessary information to the players, the coach is said to have committed a technical foul.

In NCAA, there are three types of technical fouls:

A player commits a Class A technical foul for misbehavior or unsportsmanlike conduct.

A player commits a Class B technical foul when there is no physical contact between the players.

Not submitting a team roster before the game begins results in an administrative technical foul.

Though technical fouls are for ‘technical’ mistakes, there’s more to this foul. Violating administrative rules and procedures of the game can also be categorized as technical fouls.

In basketball, there are specific rules and regulations about uniforms with the color, placement of logos, numbers, etc. These uniforms may include wrist bands, headbands, leg sleeves and arm sleeves, among others. Where a violation occurs, and the officials discover it only after the start of the game, the team will be awarded a technical foul.

This kind of technical foul is avertable if the teams are meticulous about the rules. But once it is committed, it can be a massive loss for the team and even cost the game.

Wearing an illegal T-shirt can also account for a technical foul. It is a standard rule to wear T-shirts under the jersey- and both should be of the same color. The team coaches should know such rules. The National Federation of State High School Associations (NFHS) changed the penalty on whom to impose this foul. Instead of penalizing the team, the NFHS basketball official can impose the technical foul to the head coach in case of violation.

Coaching outside the box

As mentioned in the beginning, even coaches are prone to be in violation and won’t stop the official from allotting a technical foul on them. In basketball, the coach needs to be within the assigned coaching box, the area where the coach can instruct the team. This area does not cover the full bench, nor does it end until the end of the court.

Often, this coaching area is marked before the game starts. But sometimes it may not be marked, therefore the coach needs to hold a discussion with the officials to avoid committing a technical foul.

According to the basketball rules, the coach may not leave the coaching area unless otherwise necessary. Violating the law will result not only in a technical foul but may also lead to the coach losing benefits of the coaching box. This means that the coach will have to sit out on the whole match!

Foul as a motivational tool

While the basketball officials are the ones responsible for penalizing the players and coaches with technical fouls, it can be the other way round too. Meaning, the coach can vie for a technical foul on purpose to motivate the team! For example, the coach can manipulate the official by committing a second foul to be out of the game. In such a scenario, if the official is an experienced official and can understand the tricks, they can choose not to be manipulated and not assign a technical foul on the coach.

Often, there is a lot of confusion in assessing which kind of foul the official is penalizing on the players. To clear the air, listed below are the differences between three fouls which are commonly mistaken by onlookers.

How to Signal a Technical Foul

Every sport has its own way of signaling various violations of rules. In a basketball game, the official signals the technical foul by making a ‘T’ shape. Here, one hand will be parallel to the ground while the other hand will be under the hand that is pointing upwards. After giving the signal, the official then notifies the game scorers on which player or coach to penalize.

As far as technical rules are concerned, there are no fast and hard rules, more or less, for when to apply them. Though there may be given sets rules for different leagues when to adjudge a player or coach with a technical foul, there can be a loophole. It depends on the officials officiating the game who has a better understanding of the game with years of experience!