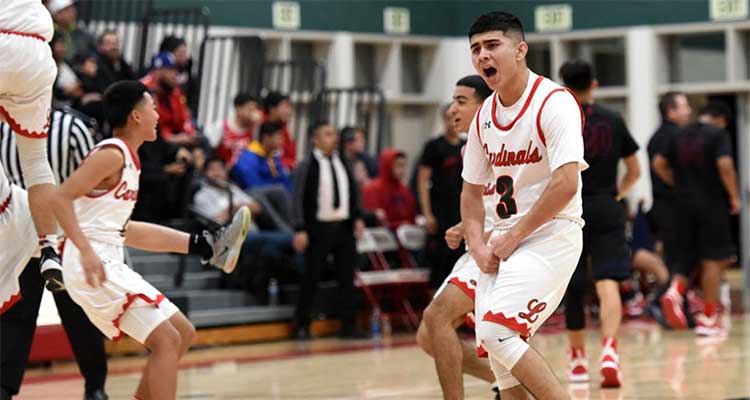 Basketball fans begin to love the game at a very young age. By the time basketball players are in high school they are beginning to exhibit some of the phenomenal skills they have developed. A lot of people love high school basketball, and love to watch the up and coming greats of the game.

Each year fans of the game impatiently await the start of the high school season. Family and friends of the players feel the excitement of the upcoming season and cannot wait to see their young loved ones in action.

Basketball is a Winter Sport

Basically, the game is played in the cooler months. The players do not have to be outdoors where the temperatures are starting to drop so the game can be played indoors. Fans love this because they have an opportunity to get out of the house during the winter months and support their local teams.

The majority of high schools begin their team practices a few weeks, one to three, before Thanksgiving Day. The head-to-head action of the games usually begins right after the holiday. This is not a set-in concrete rule, and the actual start day varies from state to state, and even from district to district within the states.

Many of the smaller schools start their sports in staggered methods because they have a limited number of students, and most sports playing students play one on one or more of the sports teams. It is not uncommon to see a student play football, then basketball, and then baseball in the spring.

The school calendar establishes the start day of school and all of the holidays. The district uses this calendar when they are determining when sports will begin and end during the school year. They try to keep the sports from interfering with major testing days for the children.

With basketball the idea is for the season to end, and the post-season tournaments and championship games to be completed before it is time for springtime sports like baseball to begin.

Some schools determine the start and finish dates for their seasons according to how many games their team is scheduled to play. Your school district will have a schedule of game days available for any fan, family member, or student that is interested.

The majority of all schools in the United States begin their basketball seasons for both boys and girls between October and November.

States that begin coaching and practice in October include:

States that begin coaching and practice in November include:

States that begin coaching in October do not actually start to play any games until November. Their season runs from November until February. The teams that get into the play-offs and championship rounds of games will see their season extend until March.

States that begin their practice sessions in November generally start playing games in November. These first games usually happen after Thanksgiving. Their season also runs through February, with an extension for any of the teams that gets into the championship or play-off competition.

At the beginning of the school year there will be a schedule of games, activities, and other important dates available to the students and the community. Many schools also offer season ticket passes to students and community.

You can contact your local high school at the beginning of the school year and ask about a sporting pass. If the school sells a sporting pass your student will usually pay one flat fee and then be allowed to go to any of the home games including football, basketball, and baseball. This makes the amount you spend on your students’ game entrances cost a lot less than if they paid each week at the stadium before the game.

Supporting high school sporting teams and events is a great way to help support your community. When the community gets involved, attends the games, and buys the tickets the school has a greater amount of resources available to provide sporting coaches, equipment, and play areas.

Watching these young players will give you an idea about who you will be seeing on your NBA rosters in the future.